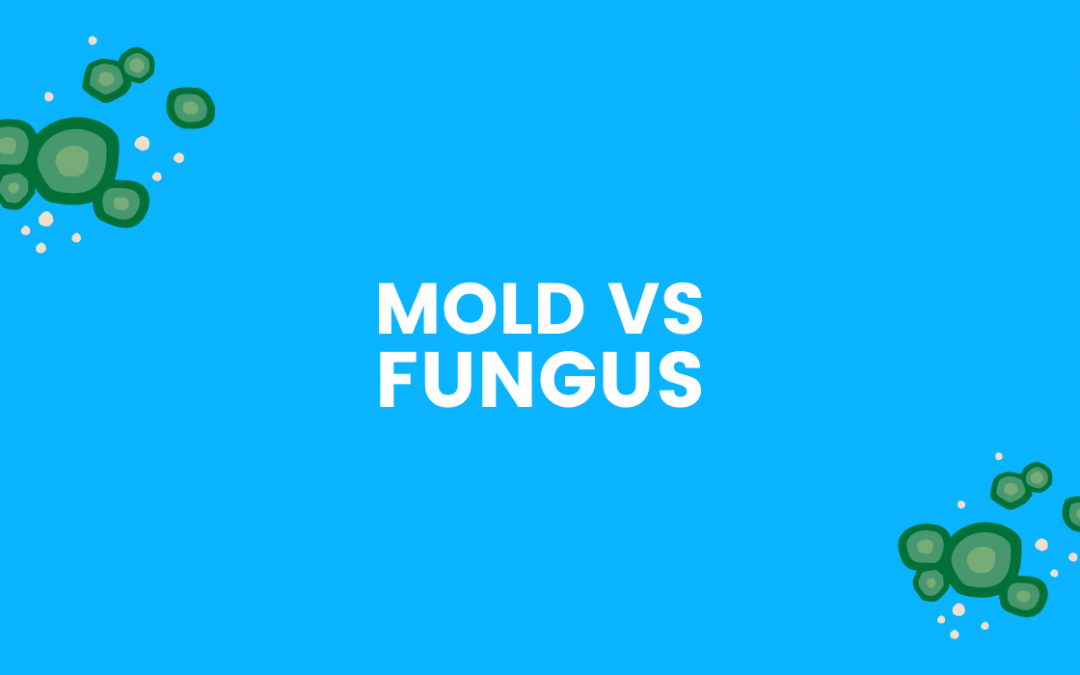 Mold is a common concern for homeowners. They look for signs and take precautions to prevent it from getting a foothold in the most likely places like the bathroom, basement and garage. Mold requires professional removal and preventative measures to keep it from coming back.

But if you ask those same people about fungus, they may draw a blank concerning its presence in their home, how it starts, or what it even is.

Well, the simple answer is that mold is a type of fungus. Mold is only one type of fungi that you should be concerned about. In the following sections, we’ll explain a little more about the similarities between mold and fungi although they are not one in the same.

Fungus is the name for a group of organisms that resemble one another. All of the following are a part of the kingdom Fungi.

Mold is multicellular. This is the main characteristic that makes it different from other types of fungi, which are largely unicellular. Mold reproduces from spores that travel through the air and on our bodies.

It thrives in warm, moist climates. Most homes are ideal for mold growth.

Although you don’t want to find mold in your home, it does have some practical purposes. It is used to make medicines like penicillin, and delicious foods like cheeses, soy sauce and cured meats.

Yeast is unicellular and reproduces asexually by blooming. In this process, a small bump forms on the parent cell and grows until it separates to form a new cell. This can happen multiple times from the same parent cell.

Yeast prefers acidic conditions. It is found many places in nature. In your home, you might find yeast on fruits such as grapes. It feeds on sugar and starch, consuming them and producing carbon dioxide as a by-product (aka fermentation).

A mushroom is the fruit of a larger fungus, the rest of which is underground or below the surface of whatever the mushroom is growing on.

Mushrooms reproduce via spores, located in the gills on the underside of the mushroom cap.

They grow well in dark, moist environments and feed on organic matter, often found around dead trees and tree stumps

There are over 10,000 mushroom varieties. Only 4-5% of them are edible. Likewise, only 2% are truly poisonous. However, there are many more varieties that fall somewhere in between: not deadly but toxic enough to make you sick.

Now that we have explained the difference between mold and fungus, we will outline some of the basic traits of these organisms.

Preventing Mold & Fungus in Your Home

If mold is present in your home, there are probably other types of fungus as well because the conditions are suitable. That doesn’t necessarily mean that there will be mushrooms growing on your couch, but excess mold can lead to some very unpleasant and unhealthy living conditions.

To combat fungi of all kinds, there are several things you can do:

Have your home inspected regularly. Most importantly, schedule a mold inspection regularly. Yearly is a good idea, just to be sure that there is no hidden mold at any given season. Mold inspections from Pure Maintenance of Central Illinois test the air to see if the mold content is acceptable, and they visually inspect troublesome areas to make sure it isn’t growing in a hidden area.