TYPES OF MOLD IN A HOME 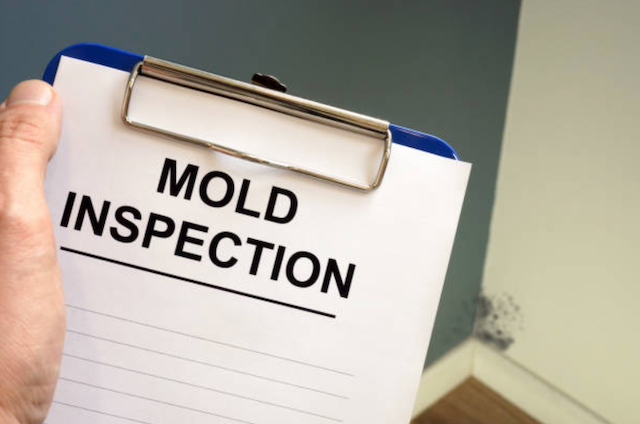 Mold is an issue we have always had to deal with, it is a fungus that grows virtually everywhere on earth. Mold grows best in dark, damp environments and prefers temperatures of around 60-80 degrees Fahrenheit which just happens to be the same temperature range most people like to keep their homes.

The problem is that mold spores can pose a serious risk to human health, and as such it is important to identify and deal with mold as soon as you notice it. Molds can be highly toxic and particularly dangerous to children and those with compromised immune systems or respiratory issues.

Prolonged exposure can also lead to healthy individuals developing respiratory illnesses such as asthma, particularly children whose respiratory systems are not yet developed, as well as other serious conditions including cancer, scarring of the lungs, immune disorders and liver and kidney problems.

Because there are so many species of mold, many of which change their appearance over time it can be very difficult to determine which type of mold is present. As so while not all mold is dangerous to your health many are and it is always best to deal with the problem as soon as it arises.

There are many types of Alternaria that can be found both inside and outside the home. It likes dark damp areas and can grow even at low temperatures although prefers room temperature.

Although this is not considered one of the most dangerous types of mold it is one of the most common growing wherever there is damp including around windows and near sinks and showers.

Alternaria can cause allergic reactions and has been linked to the development of asthma in children.

Penicillium is a type of mold that is commonly found in both indoor and outdoor environments and doesn’t generally cause an issue if you are otherwise in good health.

However some people can experience allergic reactions as well as sinus problems and lung inflammations. Penicillium also spreads quickly so should be dealt with as quickly as possible.

This type of mold thrives in areas that are dark and wet and will most commonly be found in homes that have water damage. Initially white in colour it will turn a darker shade of brown, grey or dark green when mature. It is similar to black mold in that it can produce dangerous mycotoxins and will often thrive in similar spaces.

This mold is an allergen that can cause red watery eyes and trouble breathing, but it can also lead to neurological damage and some auto-immune diseases so certainly shouldn’t be ignored if you suspect it to be growing in your home.

This is a very common mold to find in your home and thankfully does little harm to most people if the spores are inhaled. However, allergic reactions and respiratory infections including inflammation of the lungs are possible and some species of Aspergillus are more dangerous than others.

In its most severe form aspergillosis can spread rapidly to the brain, skin, heart or kidneys and can be fatal if left untreated.

Fusarium requires a very wet environment and typically grows in cooler environments. It is most commonly found on plant debris but can be found under carpets in your home especially if you have had a leak or damp problem.

Fusarium spores can cause allergic responses and skin infections and in very rare cases a serious eye infection called fusarium keratitis. Prolonged exposure over time has also been known to cause severe and life-threatening conditions.

Acremonium is a highly toxic mold that can have major health implications including disease of the bone marrow, and immune diseases. It is also a carcinogen and can affect brain function.

Stachybotrys, commonly known as black mold is one of the most toxic molds you can find in your home and can cause health issues including flu-like symptoms, headaches, respiratory damage, neurotoxicity and diarrhea.

Mold can be dangerous in your home even if you don’t touch it because it shoots spores into the air that are then breathed in. Toxic molds such as black mold are particularly dangerous to children whose respiratory systems are not yet fully developed as well as people with asthma and other underlying respiratory issues.

It is worth noting that stachybotrys or black mold will not always produce mycotoxins, and also that it is not the only strain of mold that can produce these toxic substances.

Getting Rid of Mold

Mold is notoriously hard to get rid of as the spores become airborne and so even if you clean a surface the mold can quickly return if conditions are favorable.

Because breathing in mold spores can cause serious health issues you should always wear a mask and gloves when dealing with mold. Once you have identified areas where mold is growing you will also want to seal off the area while you treat it to prevent the spores from spreading to other parts of your home.

Because of this many people will opt to call in the professionals from Pure Maintenance of Central Illinois in St. Louis if they discover mold growing in their home. If you do want to take on the mold yourself you want to scrub with detergent, bleach, let dry, and repeat several times.

Give us a call to make an appointment for a free estimate.